Johnny & The G-Rays Alive @ The Palais 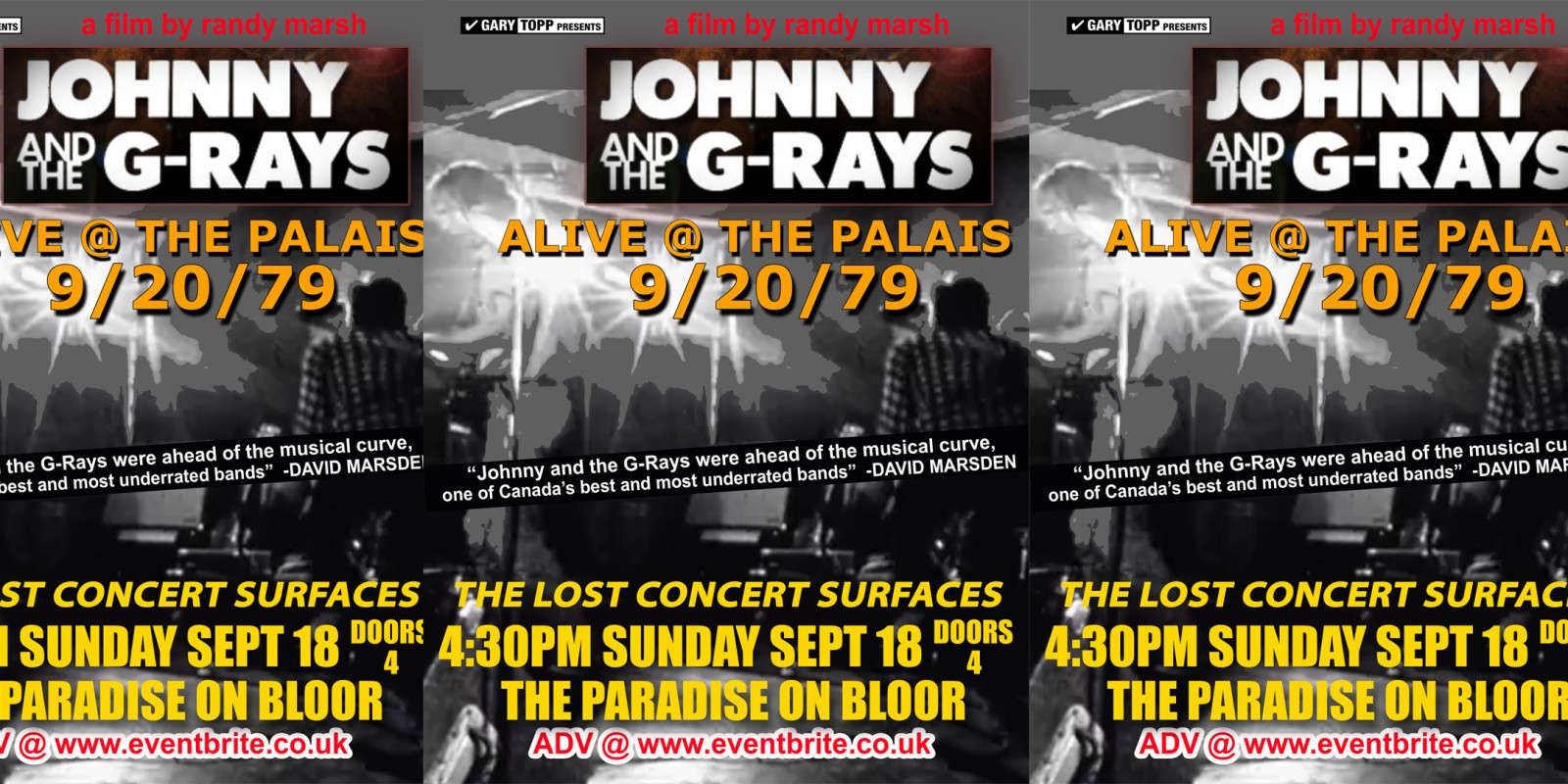 43 years in the making, in association with Gary Topp presents, the rock documentary film, Johnny and the G-Rays Live at the Palais Royale

Johnny and the G-Rays Live at the Palais Royale is a quintessential concert documentary, featuring a popular “underground” rock band from the late 1970's, playing perhaps their greatest show at the iconic Palais Royale Dance Hall, Toronto, as the culmination of the 2nd Annual Impulse Magazine International Dance Contest. All principal photography was done in 1979 on 16 mm film, and remained “in the can” for 30 years before being lovingly crafted into this significant fixture on a hitherto undocumented, exceptional, Canadian creative musical scene. The Toronto Star called them “the best known of this city's unknown, underground acts”. The Toronto Sun said that their performances “had earned them respect" as authentic rock and rollers and they commanded the stage with "powerful, unpretentious style”.

And David Marsden, of the acclaimed and influencial CFNY FM radio, said that "Johnny and the G-Rays were ahead of the musical curve, one of Canada's best and most underrated bands."

Johnny and the G-Rays were amongst the best of the best in these creative times. Although they were very highly regarded by their other new rock band cohorts, and fans alike, and the “underground” media, they never really fit properly into the “punk rock” or “new wave” genre that the Queen Street West scene was often “pigeon-holed” into. What they were was an original and exciting live act and this movie captures them near their peak with great sound and excellent images shot in multi-camera 16 mm film, scanned digitally to 4K resolution.

It is important to appreciate that we have made a conscious decision to not adulterate the live sync body of this movie by intercutting interviews. Neither did we want any voice-over narration. The purity of the original vision of this project shines through. This approach is the basis of its strength and power. Nor did we include interviews with the band as old men, looking back with hazy memories, as so many 'music' documentaries do lately. Better to let both old and new generations of music fans experience and enjoy this performance in its pure, honest form.