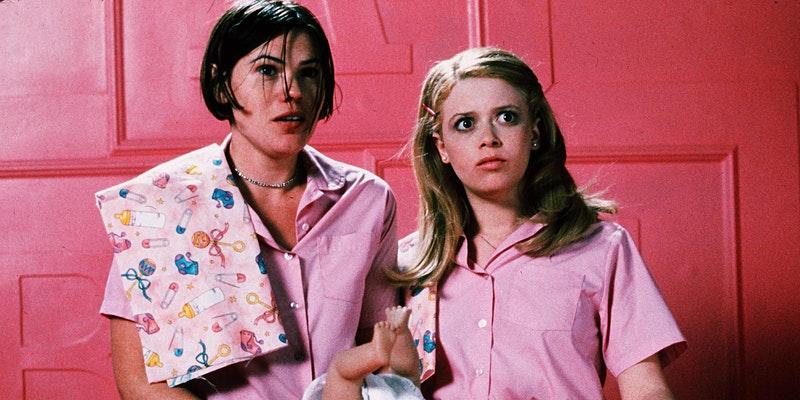 A COMEDY OF SEXUAL DISORIENTATION... Natasha Lyonne and Clea Duvall star in the hilarious satire- that takes us straight to camp!

Queer Cinema Club is more than a film series: it’s a mission to bring Toronto’s LGBTQ folks back together in celebration of some of the best queer cinema ever made.

Every month at the Paradise, curator and host Peter Knegt will be offering queers (and anyone who loves them) a classic queer film along with special guests and performers. Each film will be paired with a different local queer artist, who will design an original poster for the screening.

This month's edition will head to camp (in a few senses of the word) as we celebrate the modern cult classic that is Jamie Babbit's But I'm a Cheerleader. Starring Natasha Lyonne (Russian Doll) as a lesbian high school cheerleader whose parents send her to a conversion therapy camp, the film is sharp, hilarious satire that was wildly ahead of its time when it was released in 2000. It also features an epic supporting cast including Clea DuVall, Melanie Lynskey, Cathy Moriarty, Michelle Williams, Julie Delpy and RuPaul Charles himself.

The film will be preceded by a Cheerleader-inspired performance by drag artist Weird Alice, and audience members are encouraged to dress up in their own "queerleader" drag, however they choose to interpret that.

The event's incredible poster - which will be available for sale at the screening - was created by artist Jenn Woodall.