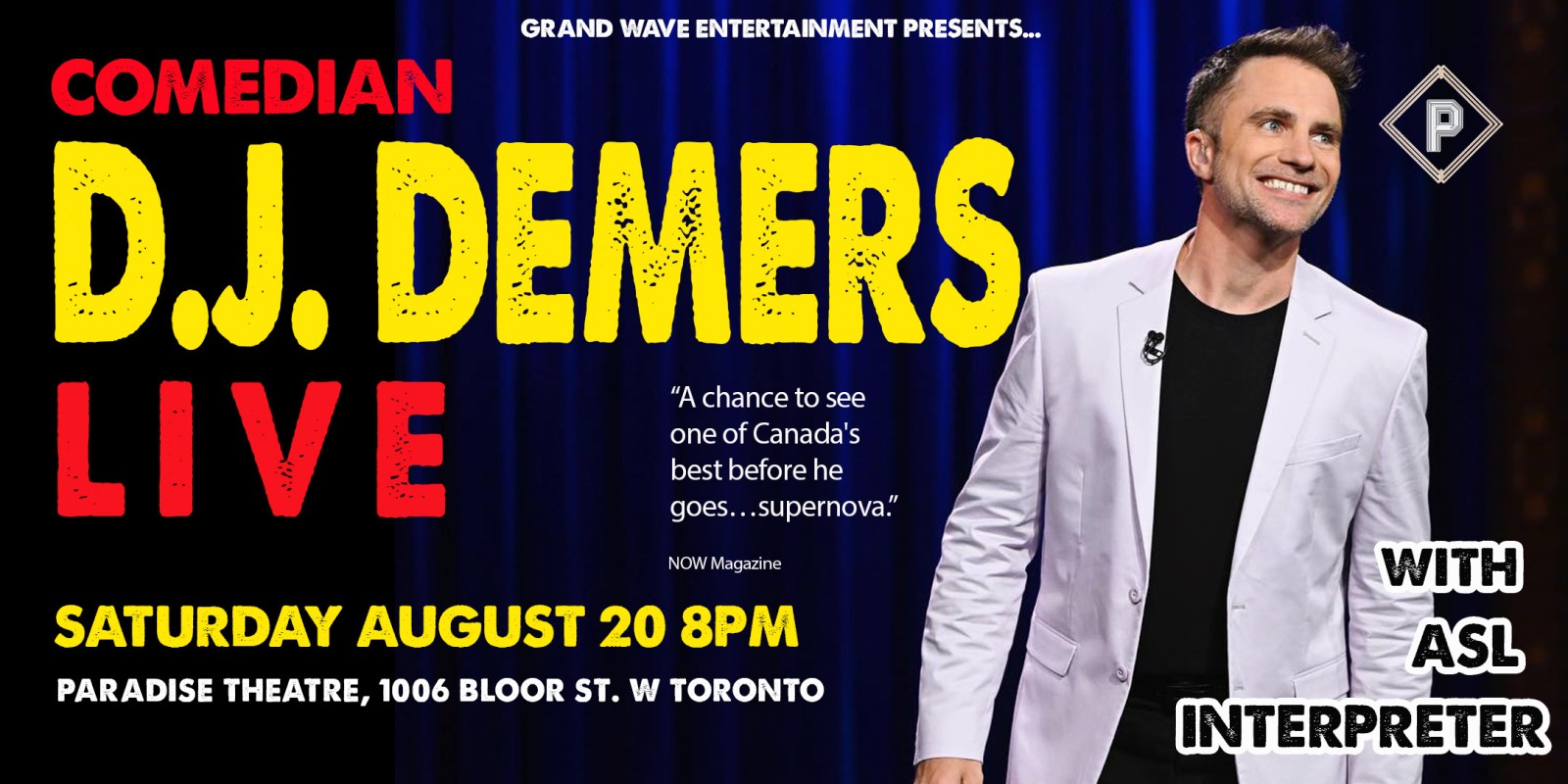 Award winning comedian D.J. Demers returns to Toronto for one night only!

SHOW WILL FEATURE AN ASL INTERPRETER

As seen on America’s Got Talent, Conan (three times) and his one-hour specials [Indistinct Chatter], Interpreted, and Born In ‘86, D.J. Demers is a steady provider of laughs. His clever stand-up is both personal and universal and has earned him multiple appearances at Just For Laughs, a nomination for Best Comedy Album at the Junos, and a growing legion of fans around the world.