Gary Topp And CIUT Present NIGHTCLUBBING: THE BIRTH OF PUNK ROCK IN NYC plus SID: THE FINAL CURTAIN 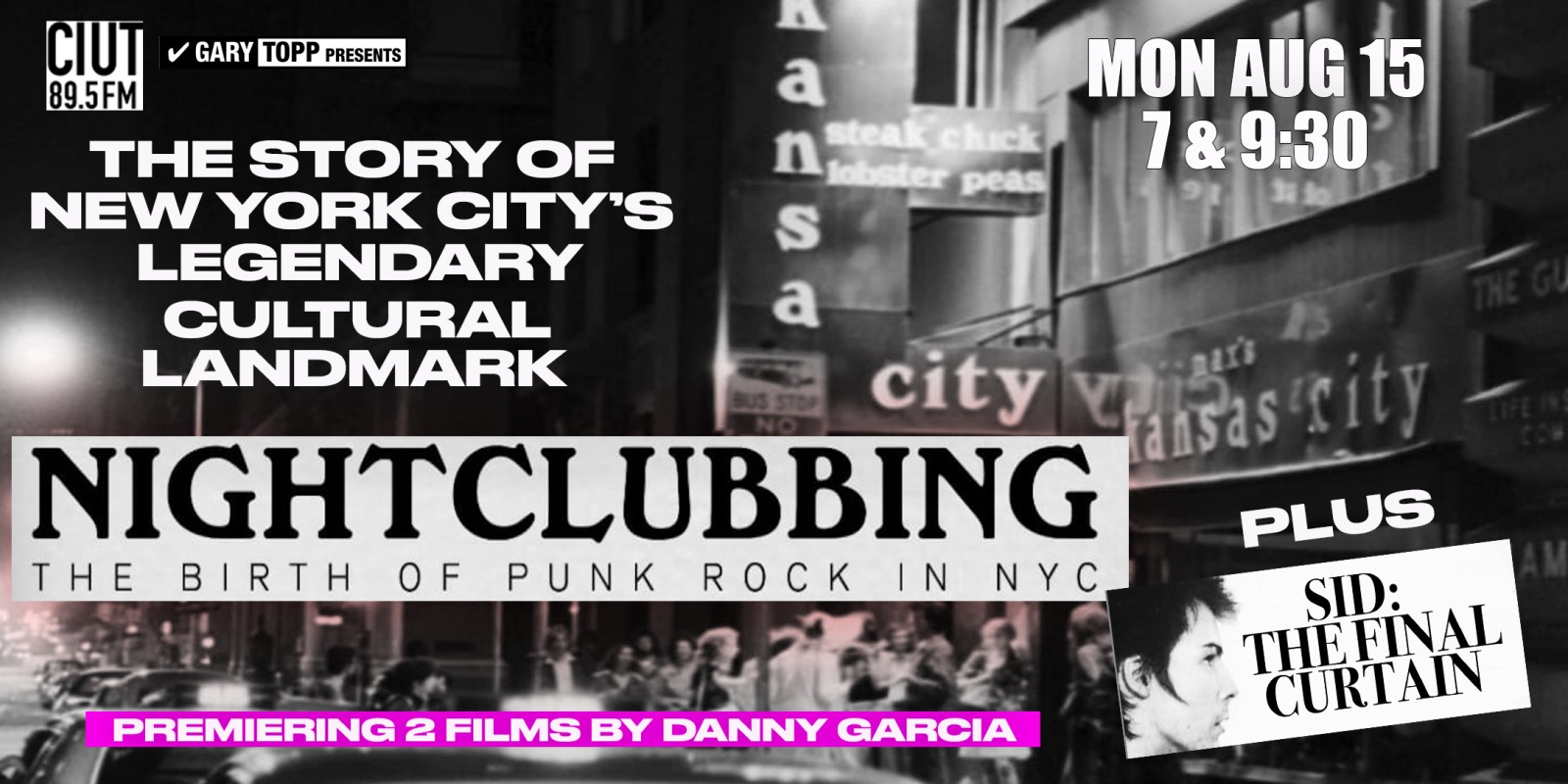 Before CBGB, there was MAX’S KANSAS CITY.

NIGHTCLUBBLING, THE BIRTH OF PUNK ROCK IN NYC (2022, 80min) Director Danny Garcia (Rise and Fall of The Clash, Looking For Johnny, Sad Vacation, Stiv) is back with a new feature-length documentary contemplating Max’s Kansas City’s historic importance to the musical landscape of NYC. Nightclubbing: The Birth of Punk Rock in NYC is the first to focus its lens on the legendary landmark with regard to its role in influencing music, writing, art, and all-around creativity and cultural development in the early days of the burgeoning New York punk rock & roll scene of the 1970s. CBGB is synonymous with NYC punk rock. But, there were in fact two establishments essential to those beginnings. MAX'S KANSAS CITY, though it’s renowned in its own right, is the lesser cited venue of the two in that specific context in conversations about the origins of the genre. In the famous “back room” area, characters like William S. Burroughs and Andy Warhol held court regulary with endless entourages comprised of artists, musicians, actors, photographers, writers, socialites, and other hangers-on. Performances by an endless list of future icons like the Velvet Underground, New York Dolls, Alice Cooper, Iggy Pop, David Bowie, Lou Reed, Marc Bolan, Suicide, the Ramones, the Heartbreakers, Sid Vicious, the Stray Cats, Blondie were a nightly thing.

SID: THE FINAL CURTAIN (2022, 20 min) debuts the only unseen footage of Sid in concert as a solo artist at Max's Kansas City nightclub and specifically his final show on September 30, 1978.

Showtimes for Gary Topp And CIUT Present NIGHTCLUBBING: THE BIRTH OF PUNK ROCK IN NYC plus SID: THE FINAL CURTAIN